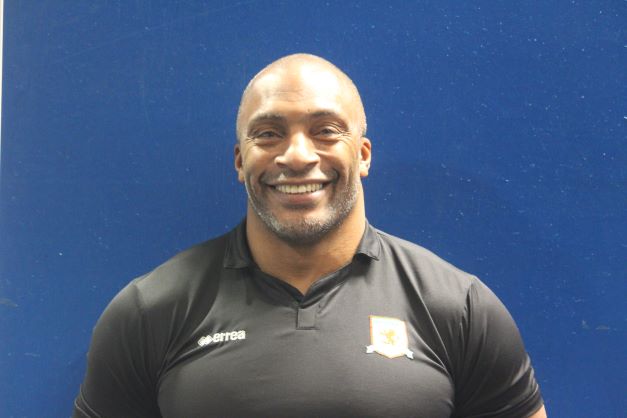 Steve Morton’s input as strength and conditioning trainer at Hunslet stretches back to the era when Barry Eaton was head coach the best part of a decade ago and, as such, he is currently one of the Parksiders’ longest-serving servants.

In fact his involvement at Hunslet goes back even further and, as is so often the case in life, began purely through chance. Steve, who was well known as a free-scoring winger with the crack North Leeds amateur outfit Queens, recalls: “I was walking my dog on Middleton Clearings when Hunslet popped up from the South Leeds Stadium to do some training. Their coach at the time, Roy Sampson, spotted me and, introducing himself, asked, `are you Steve Morton, the Queens winger’?

“I couldn’t deny it and Roy said, `would you fancy signing on for us and playing for our second team?’ and that was it, the next thing I was turning out in a Hunslet shirt.

“I’ve never regretted it, especially as I was a late starter in Rugby League at 24. This is a great club and I’d no hesitation in subsequently taking on the strength and conditioning duties when Eaton became coach.”

Morton had, perhaps, been offered the voluntary role partly because of his reputation as a fitness fanatic (as evidence he still puts his boots on each week, at the age of 52, for Yarnbury rugby union club’s second team) a characteristic which was fine-tuned at Queens, whose fitness coach was the legendary boxing referee Mickey Vann, who combined his duties with officiating world title bouts.

Vann had no compunction in putting Queens players through the mill, his fitness regime involving imaginative if exhausting use of, for example, old lorry tyres.

Morton, who was recalled to Hunslet by Gary Thornton after Eaton’s successor James Coyle had brought in his own staff, learned at first hand as a player the benefits of being super-fit. And the Parksiders’ coach Alan Kilshaw, who succeede Thornton in the summer, was quick to appreciate his expertise and keep him in post.

“GT wanted an extra hand on board, he was very supportive, and it’s also great working with `Killer’ and his assistant, Ryan Jackson,” Morton reveals. “We’re having a very good pre-season, it’s totally different to last year, when training was severely disrupted through restrictions at the South Leeds Stadium. We’re benefiting from the indoor facilities and I’m also planning on putting the players through their paces at other local spots, such as Armley Steps.”

Former players – such as chairman Kenny Sykes and President Peter Jarvis – will recall similar challenges, back in the 1960s and 1970s, when use was made of the old coal tips that adjoined Parkside. They’re sure to attest to the benefits although how many players back then were enthusiastic about the hard work involved is open to question. Steve Morton has no doubts about Hunslet’s current cohort. “They’re all very keen,” he enthuses, “in fact one or two have joined us from clubs that didn’t do any strength and conditioning work at all, which is surprising, and they’re really buying into it.

“They know it will stand them – and the team as a whole – in good stead when the season starts. I know from my own experience with Queens that matches can be won partly through being fitter than the opposition.”

“Steve’s commitment to the club over the years has been phenomenal,” says Kilshaw. “He has given a lot to the game, is held in high regard, and is a great character. He has adapted his methods over the years but still has some of that old school mentality which can be useful in building mental toughness and conditioning players.

“I feel the new additions to the squad, in particular the younger lads, have refreshed Steve’s enthusiasm and he’s really enjoying being part of the project.”