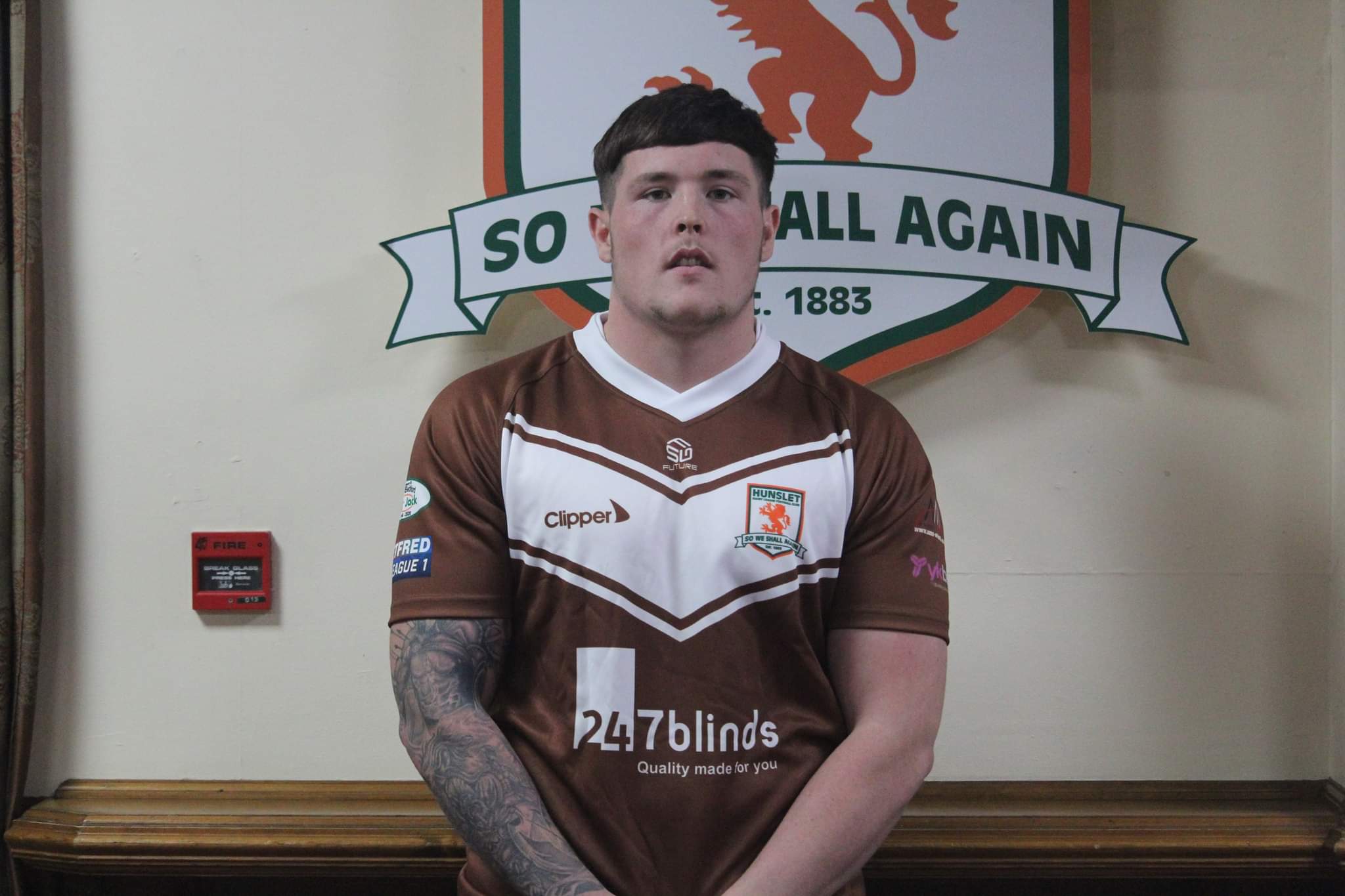 Young prop Ethan O’Hanlon, who has put pen to paper on a one-year deal at Hunslet, is looking forward to an exciting career at the South Leeds Stadium.

O’Hanlon, 20, has switched to the Parksiders from Bradford Bulls and the 6ft 1in, 16 stones front-row man said: “I’m delighted to be at Hunslet. Head coach Alan Kilshaw sold the club to me very well, and this is clearly a young side that’s on the way up.

“We’re all in for an exciting time and I aim to go as far as I can in Rugby League and see where it takes me.”

He cites Alex Walmsley, who was an influential presence as an older player at Dewsbury Celtic when O’Hanlon was a junior with the Heavy Woollen outfit, as a big influence on his career, albeit at a distance. “It wasn’t just how he played, but the way he went about things, that impressed me – even as a youngster,” he says. “I don’t think he’s a bad role model to have.”

“Ethan was on my radar as soon as I saw his performances on loan with North Wales Crusaders last season,” said Kilshaw. “He ramps up and carries the ball really strong, and has proved he can mix it at this level in the front row.

“Our supporters can look forward to him making an impact from the interchange bench next season – Ethan had a number of clubs chasing his signature so his commitment to us is a real shot in the arm for us.”