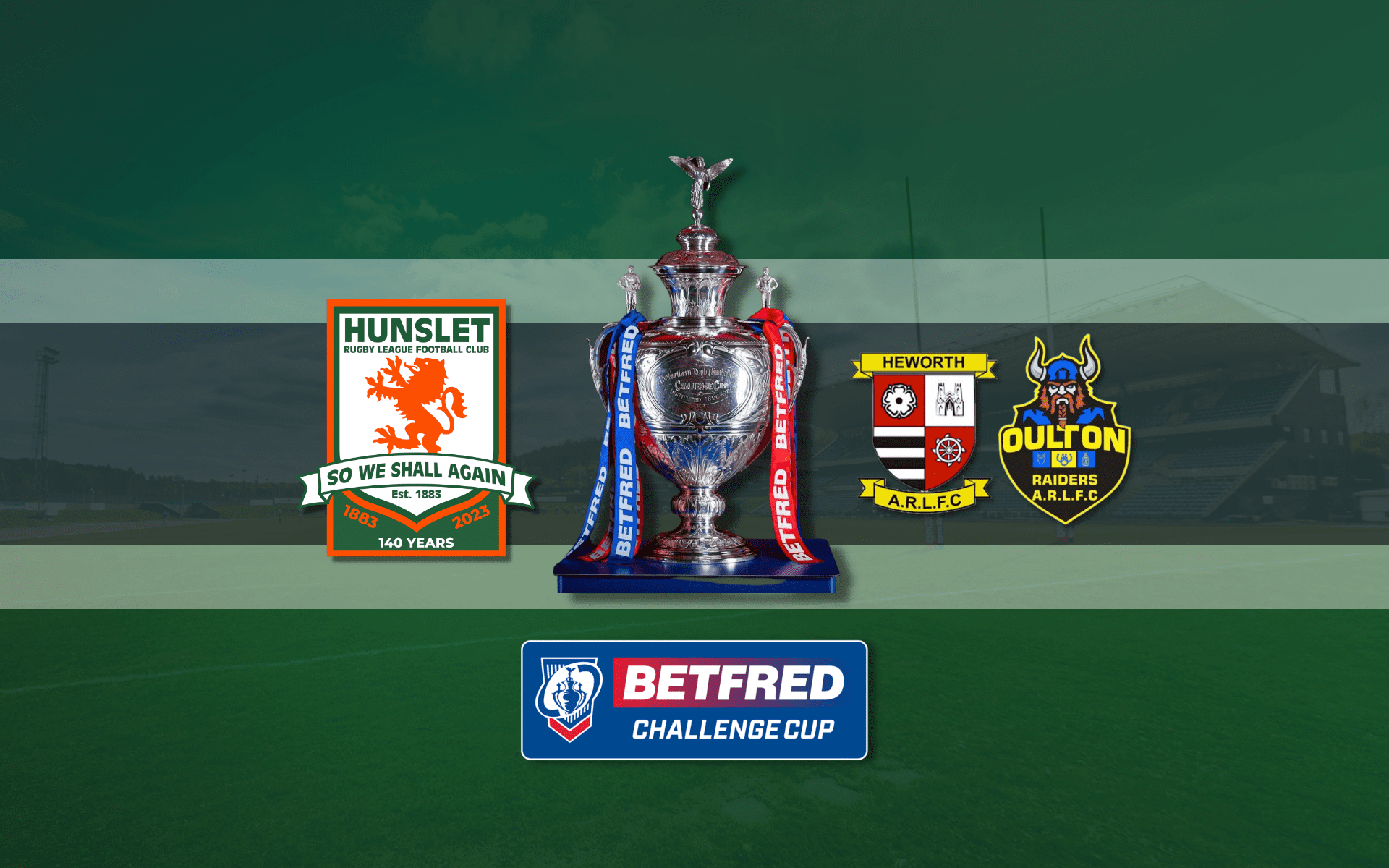 Hunslet have been given a home tie in the second round of the Betfred Challenge Cup on the weekend of 24/25/26 February. And although the exact identity of the Parksiders’ opponents will not be known until a fortnight earlier, the game is certain to carry huge resonance.

Head coach Alan `Killer’ Kilshaw will be preparing his troops for a match against either Heworth or Oulton Raiders, who have been paired in the first round on Saturday 11 February. And whoever prevails in that game will have, in their camp, someone with strong links with Hunslet.

Kenny Sykes, for example, is not only chairman of Hunslet; he is the president of Heworth after having been secretary for many years. And Danny Burton, who is one of Killer’s assistants, played for Oulton for many years, including in the memorable 2006 season when the Raiders lifted the National Conference League title.

Hunslet’s squad, meanwhile, includes former Oulton hooker Harvey Whiteley while fullback Jimmy Watson, who is in his benefit year, played for the Raiders as a junior.

Sykes said: “We (Heworth) have to beat Oulton first, before we can even think about Hunslet! It’s a tough one to call, given that we’ve just been promoted to the NCL’s First Division and will therefore be meeting the Raiders, who are already in that section, in the league this season. Neither club has played yet this year so there’s no form to go by, but there motivation for both clubs, for sure, with a trip to Hunslet the carrot, and it will certainly be a strange feeling for me at the South Leeds Stadium on the last weekend of February if it’s Heworth that progress.”