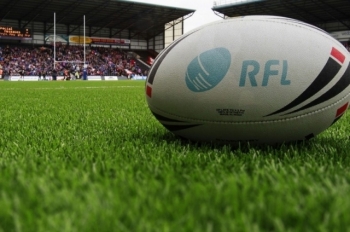 The RFL can confirm details of the points system that will operate across all three professional divisions in 2015.

From next season, the First Utility Super League, Kingstone Press Championship and Kingstone Press League 1 clubs will be awarded two points for a win and one point for a draw, with no points awarded for a defeat.

The move follows consultation with clubs, coaches and players, and a comprehensive fan survey led by the International Centre for Research in Events, Tourism and Hospitality (ICRETH) at Leeds Metropolitan University

The research took place at Super League and Championship fixtures where fans were asked for their views on the points systems used in the two competitions: Super League currently operates a 2-1-0 system whilst for the last few years Championship clubs have been awarded three points for a win, two points for a draw and one point for a defeat by a margin of 12 points or less.

RFL Chief Executive Nigel Wood said: “With an exciting new league structure being introduced in 2015, it is clear that a standardised points system needs to be in place in all three division.

“The research revealed that there is much support for both points systems with each having its own merits.