Retts is Right at home at Hunslet 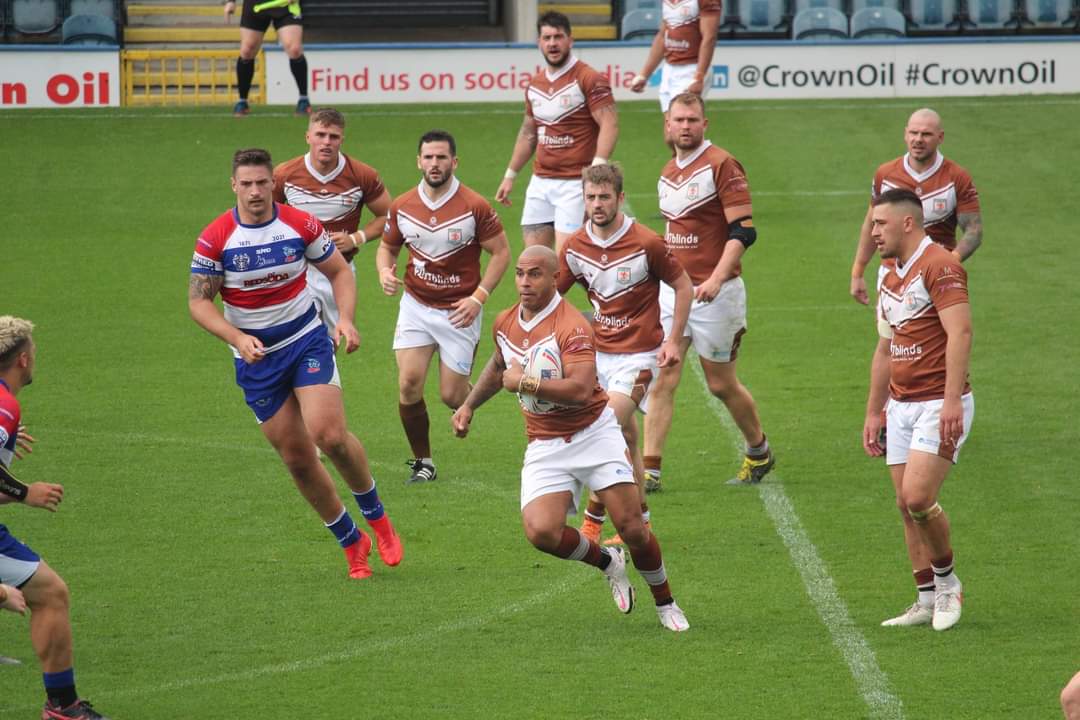 Hunslet have made a significant addition to their squad for the 2022 Betfred League 1 season by agreeing a one-year contract with experienced winger Wayne Reittie, who joined the Parksiders on loan from Batley midway through last season.

It’s a `second homecoming’ for the 33-year-old, who was brought up in the area and who learned his Rugby League at the crack Hunslet Parkside junior club – Reittie, moreover, enjoyed half a season at the South Leeds Stadium a shade over a decade ago, of which more later…

He’s delighted to be at Hunslet and doesn’t mind admitting: “Things weren’t going too well for me at Batley, where I couldn’t commit to training because my job took me all over the country. But the then-Hunslet coach Gary Thornton took a punt on me at a time when I needed someone to show some belief in me. If it hadn’t been for him I might not be playing Rugby League at all, I was close to calling it a day as I’d stopped enjoying my rugby.

“GT, however, persuaded me to come to Hunslet, and it helped that I’m also mates with Dom Brambani, Alex Rowe and Alex Brown, which helped me settle in as a loan player.

“I don’t have a bad word to say about Gary Thornton and I can only speak equally well of Alan Kilshaw, who took over from GT at a difficult time.”

He elaborated: “Alan’s been very respectful to me, and he’s been the same to the rest of the boys as a group. He’s good at giving be a bit of extra responsibility, which encourages me to lead by example. As a senior player, at the age of 33, I think I react well to that.

“He’s also pleased that I’m a local lad. I’m from London but I was raised in Belle Isle and came through the system at Hunslet Parkside where I’ll always be grateful to Colin Cooper for giving me every encouragement.

“It feels like I’m at home after having joined Leeds Rhinos Academy initially and having had subsequent stints with Doncaster, York and Halifax before spending nearly ten years at Batley. In fact it’s not the first time I’ve returned to my roots as I had a loan spell here, from Doncaster, when the Papua New Guinea trio of Charlie Wabo, Niko Slain and Michael Marks were at Hunslet.

“I enjoyed it at Hunslet then, I’m enjoying it now, and I’m very happy to have got next year sorted. Alan Kilshaw’s putting a good squad together and very good things can happen at this club.”

Kilshaw said: “Making Wayne a Hunslet player was a priority for me. His performances last season were exceptional and, having been a great servant to Batley for so long, to come into a side halfway through a season and hit the ground running shows how good he is.

“His commitment to playing and training is an example to all. He covers a lot of miles during the week in his job and makes a big effort to get to sessions on time, in fact the last session we had he travelled six hours from Gloucester to attend.”

He added: “We are not just getting a good player – we are getting a quality person, a good family man who is another locally-based player who wants to play for the badge. His experience will be vital for the younger members of the squad next season.”