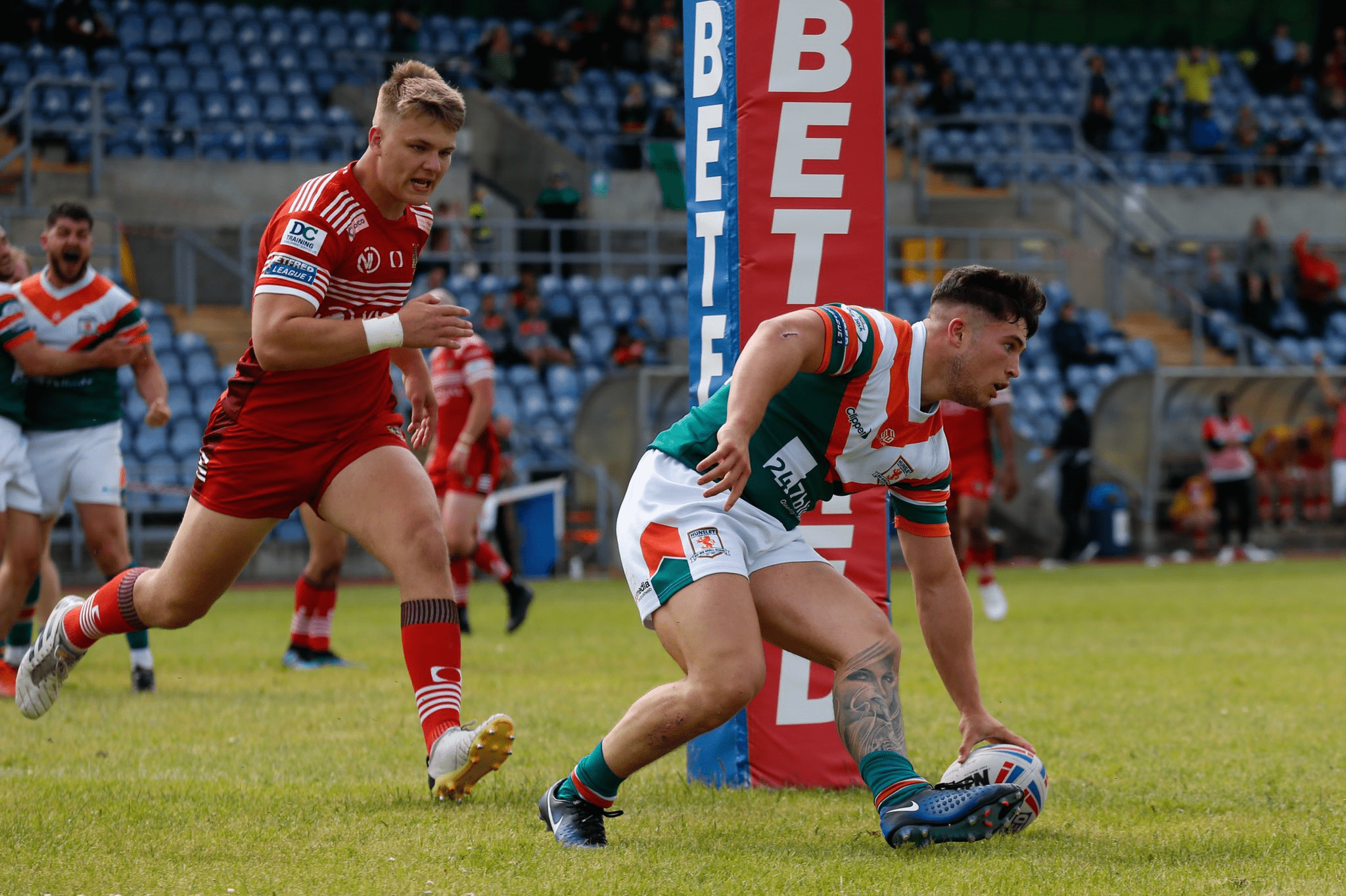 The fact that Sunday’s Rugby League Betfred League 1 fixture between Hunslet and Doncaster ended in a draw can be attributed to two factors. The Dons closed the match at 18-18 after scoring a late try and goal by Matty Beherrell following the awarding of a highly controversial penalty to the visitors. But the South Yorkshire team should arguably not have been within striking distance of Hunslet anyway, the Parksiders having frittered away valuable territory, during the first half in particular, by all too often choosing the wrong option.

Head coach Gary Thornton said: “We were totally dominant in the first half but didn’t take our chances. We went for the power play far too much, and didn’t stick to our game plan. The strategy had worked the previous week at London Skolars but Doncaster were a different matter defensively.

“We had a lot of good field position in the opening period but bombed a number of opportunities. However, the fitness issue which plagued us a few weeks ago has now gone. We were drawing 0-0 at Keighley at the end of May and ended up losing 40-0, but it’s clearly a very different story now.

“And while we’re disappointed not to have prevailed in a match we could and should have won, the fact remains that we drew with a team that had only lost once this season and which was second in the table, so we’ve certainly improved – and there’s more to come.”

Thornton continued: “We badly missed Vila Halafihi, who had to pull out with an infected knee, which left us with only one hooker. Although Nathan Conroy did superbly, tiredness inevitably showed once or twice – and that’s not a criticism because it’s a very hard ask to play for the full 80 minutes in that role.

“Vila’s injury was picked up at London Skolars, where he grazed his knee on their artificial pitch. It didn’t look like anything at the time but it got worse during the week and he had to pull out of the side on the Friday as he couldn’t even train.”

Halfback David Gibbons, who is on loan from Warrington, was very impressive in the second half against Doncaster. The youngster turned on the style in creating a try-scoring opportunity, which was very well-taken, for Matty Chrimes, and later grabbed one himself after combining well with his captain, second row Duane Straugheir.

“What pleased me as much as anything about Dave was the way he reacted to a couple of errors in the first half, where he’d thrown out one or two forward passes and had taken wrong options,” said Thornton. “He showed a lot of maturity for a 19-year-old, who’d previously been limited to Academy rugby, to react so very positively.

“Simon Brown is a key figure at stand-off – he is one of the most important players in the side. A lot of his contribution goes unnoticed by most, but he has a massive influence on organising and marshalling the team and ensuring that we are structured and stick to the game plan. His contribution and leadership takes the pressure off the younger players like Gibbo, which allows them to shine.

“Nevertheless I was very impressed by Gibbons; he may not play in every game for us, once Dom Brambani’s recovered from his calf injury, but he’ll certainly have an important part to play in the rest of our season as we push for promotion.

“So will several others, including Straugheir, who was immense, while Straff’s second row partner Brad Hey also had a big game. And our props, Zach Braham and Alex Rowe, once again set a strong platform. What should have been a victory was founded on sterling work by the pack as a whole.”