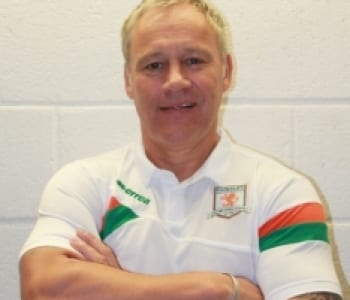 Hunslet RLFC can today announce that Gary Thornton has been appointed head coach for the 2018 season. Thornton took over at the end of May following James Coyle’s departure and the club have given him the opportunity to continue for another year now he’s had chance to have a look at the current squad after a disappointing 2017 league season and given him the go ahead to build his squad for the 2018 season.

Martin Flynn CEO said “ Gary has impressed the board with his passion, hard work and dedication since joining us at a difficult period, we see him as the man to push us forward to challenge at the right end of the table and the fact he’s so well respected in the game and has a vast knowledge of the leagues below Super League plus has alot of contacts in the semi professional game made him the right man for the club”.

Gary Thornton said “I’m really pleased to be given the opportunity to take the club forward into 2018. It was difficult coming into an environment halfway through a season and inheriting a squad of players, and there have been some tough challenges to deal with along the way. Not making the Top 8 is a huge disappointment and we all know as a group, we have underperformed and let ourselves and the supporters down. But I’ve urged the players to use that disappointment in a positive manner and finish the season on a high note. There is a terrific band of enthusiastic supporters at this club, and we owe it to them – and ourselves – to do that.

Now the decision has been made, we can start making plans for 2018, and I’d like to thank the board for showing confidence in me to do that. I will be retaining my coaching staff of Gary Barnett and Mark Cass which will give some stability to the coaching set up, and there are some really good, hard working people behind the scenes here too, and together we will be working really hard to ensure 2018 is more successful.

On the playing front, the current squad are all playing for contracts for next season, which will hopefully drive them on to perform well on the pitch in the remaining 8 games. There is some quality, talented young players at this club, and it is important we create an excellent environment and build a professional culture for them to thrive and improve in. As with any squad of players, some will stay, some will go, and some new faces will come in – we need to generate genuine competition for places, to build a competitive squad going forward. We all recognise that there needs to be an improvement next season, and hopefully I can put a squad of players together to take the club forward in the right direction.”

Meanwhile Thornton has named his 19 man squad for Sunday’s home game against an in form Newcastle Thunder, the squad includes new signing Dean Roberts centre/back row and brother of recent half back signing Shaun Roberts and Tommy Brierley who has extended his loan from York City Knights until the end of the season. Recent loan players Michael Hayward from Batley Bulldogs and Luke Fowden have returned to their parent clubs. Experienced front row forward Matt Carbutt has retired following a change in his full time employment and the club would like to thank him for his efforts and wish him all the best for the future.