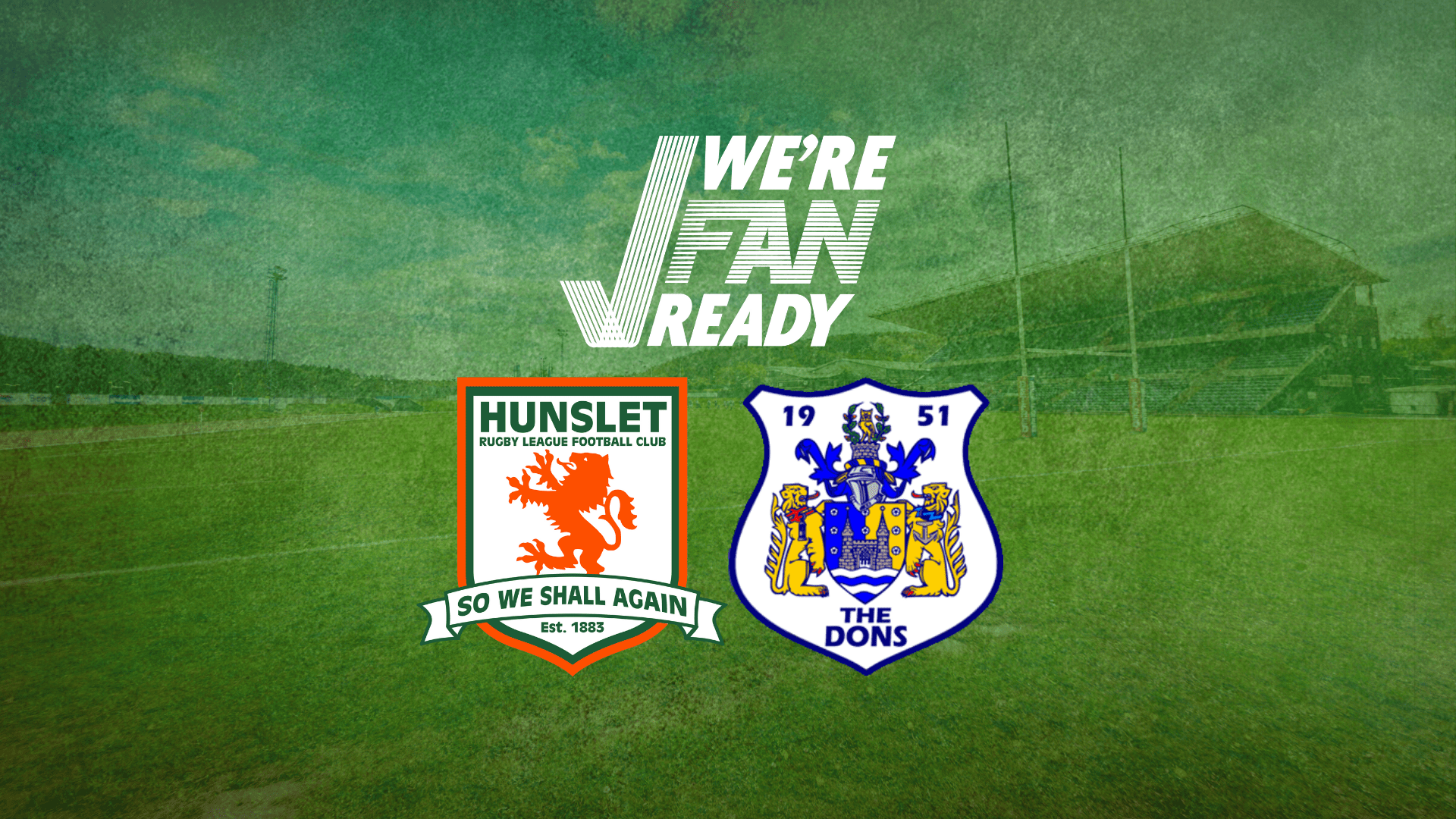 The Parksiders go into the fixture on the back of impressive victories against Rochdale Hornets and London Skolars, with the likes of props Alex Rowe and Zach Braham setting a strong platform each time.

Hooker Vila Halafihi scored a hat-trick at the Skolars, while threequarters Alex Brown and Tom Ashton have also been among the tries of late.

Braham and Brown, together with halfback Jy-Mel Coleman, prop Jordan Andrade and winger Aaron Jones-Bishop, have been named in Jamaica’s train-on group for the 2021 Rugby League World Cup. Rowe, meanwhile, can count himself unlucky to miss out on the initial squad and will be determined to make an impression on the Reggae Warriors’ selectors.

Big signing from Newcastle, Mikey Young, who put in a huge stint against London Skolars, is set to make his home debut against the Dons, although Hunslet will be without several key personnel. Scrum-half Dom Brambani is still sidelined with a calf injury, and Coleman remains unavailable through a groin strain. Forward Harry Kidd is, meanwhile, recovering from an arm injury; the trio could, however, all be back to fitness within a couple of weeks.

Fullback Jimmy Watson, who suffered an Achilles injury in the opening seconds of the Skolars game, sees a specialist today (Friday).

Kiedan Hartley, who could have stepped in for Watson but for hamstring trouble, is two or three weeks away from being back in action; meanwhile the speedy and elusive Lewis Young, who has been signed on loan from Newcastle Thunder by Thornton, is set to play at fullback against Doncaster, and centre Will Cooke has recovered from his leg injury.