Welfare responsibilities at Hunslet are a labour of love for Amanda! 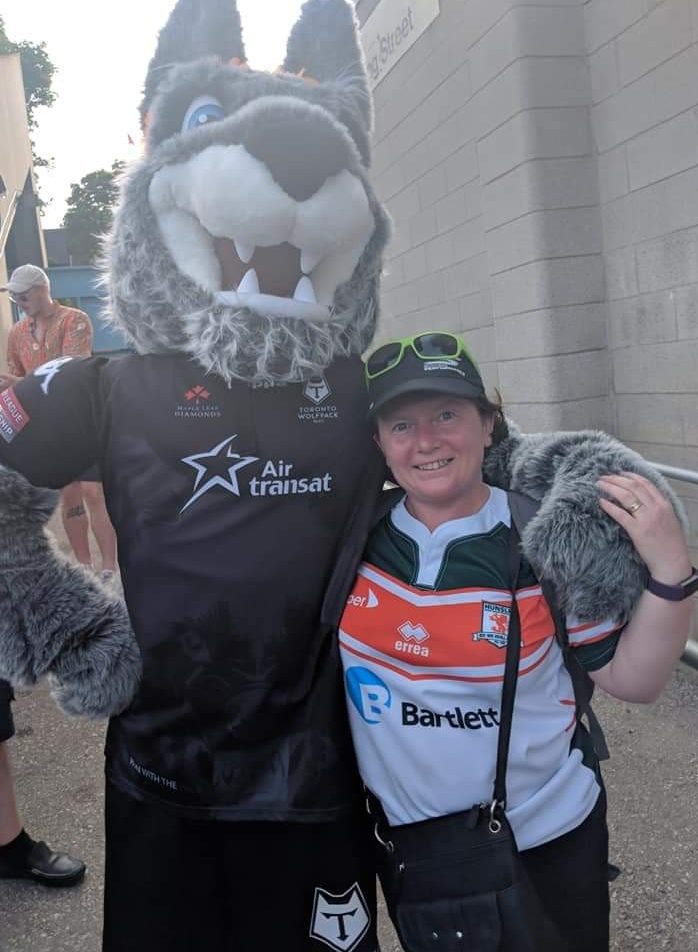 HUNSLET’S recently-appointed Club Welfare Officer is ideally qualified to assume what is, without question in modern-day Rugby League, a wide ranging and highly important role.

Amanda Binns brings to the position extensive experience as a nurse; almost two decades’ worth in fact, of which she has been fully qualified for the last thirteen years.

That experience might, on the face of it, have little direct relevance to a role in which she can be called on by anyone at Hunslet who has issues – mental or physical – which are causing them disquiet. Importantly, however a key part of any nurses’ training is to `signpost’ patients to qualified specialists. And that is exactly her remit with the Parksiders.

Amanda, who is acting in a voluntary capacity, said: “I’m here to look after the welfare of anyone at Hunslet who needs help in any way. That may be players who, in certain instances – and this also applies at any club, in any sport – feel that their issue isn’t one that, for whatever reason, they don’t feel entirely comfortable about approaching the coach, or other players, about.

“I’m also here for the coaches and backroom staff, for board members, for volunteers (many of whom, as we all know, put in lots of hours for the club) and for the supporters.”

“I’ll be dealing with any safeguarding issues, including for those volunteers who may have disabilities. And, looking ahead to when we all get back to normal, that will include, for example, ball boys, who will of course be under 18s years of age. It will be about making sure everyone is looked after properly, and that we’re following the correct guidelines and procedures. In a nutshell, my job’s about pointing anyone who flags up an issue to the right place.

“It’s not a new thing for me, it’s about operating in the way I’ve done all my nursing career and abiding by the same guiding principles. And I’ve previous experience in applying them to sport, having been the Welfare Officer for the South Leeds Lakers running club for several years.”

A recent move to Scarborough means that Amanda won’t perhaps be at the South Leeds Stadium quite as much as she’d like, but she’ll be around the place often enough – and certainly on almost every Sunday following a recent change of job. She revealed: “I’ve compiled a list of referral services for anything that might crop up. As a nurse I’m aware of any issues that the public as a whole might not be conscious of, and I was about to start a mental health course, jointly funded by Hunslet and South Leeds Lakers, but then lockdown struck. However, I’ll shortly be doing mental health and first aid training on a course recommended by the Rugby Football League.”

It’s a key and potentially arduous position but for Amanda Binns it’s very much a labour of love, the Parksiders enthusiast admitting: “I’ve supported Hunslet since birth. I was born in 1973, in fact I was in my mother’s womb when the last game was played at Parkside and the first match I `saw’ was, I believe, when I was four months old, at the Greyhound Stadium. I‘ve never known anything else but being a Hunslet fan, and I love this club.”