Wray delighted to be back in the Hunslet fold 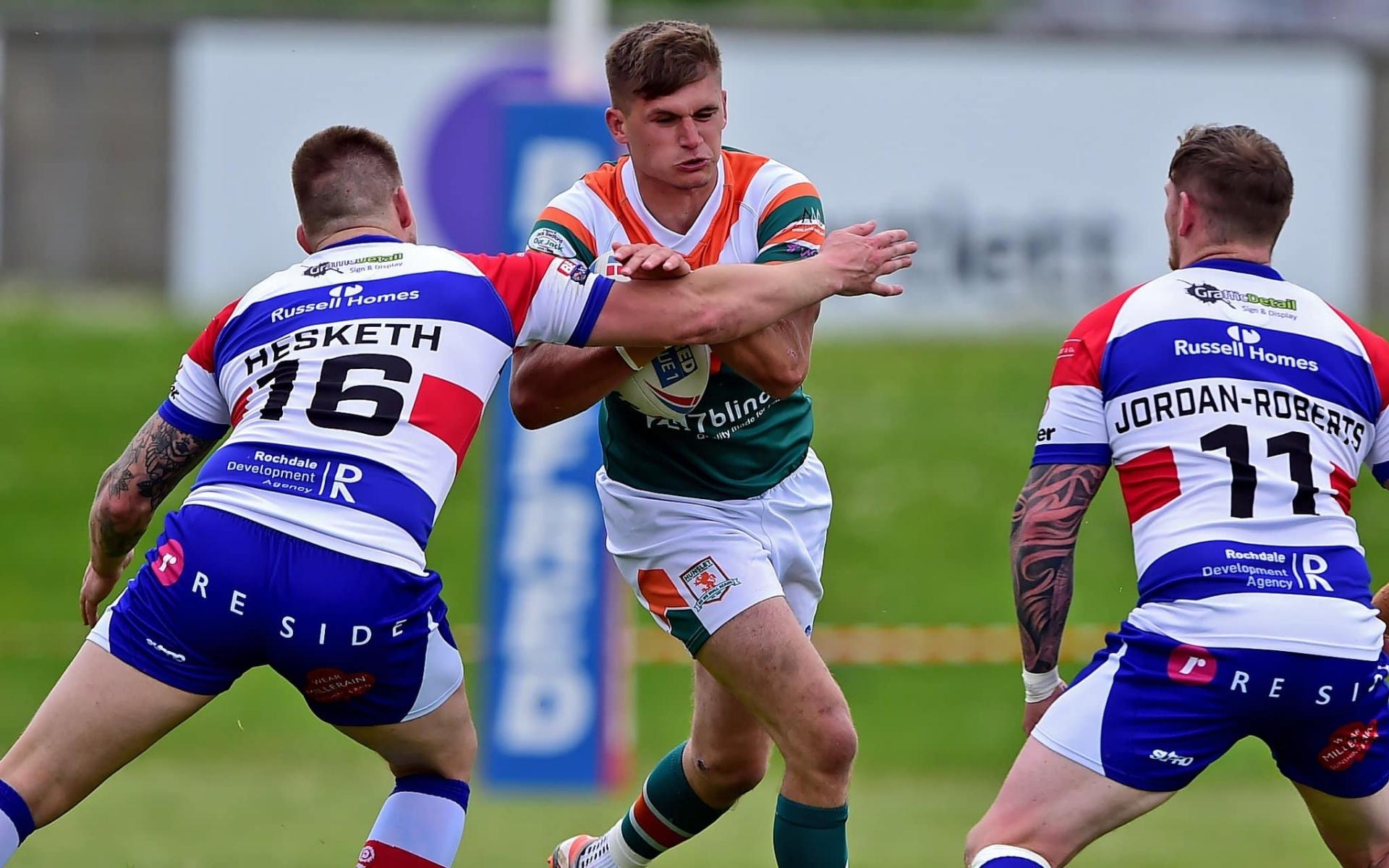 Aiming to carry on where he left off! That’s prop Lewis Wray, who has re-joined Hunslet after a year’s sabbatical from Rugby League.

The 24-year-old finished the 2021 Betfred League One campaign in fine form but domestic priorities – including buying his first home – combined with uncertainties in the sport over league formats and the like prompted him to take twelve months away, including travelling to Thailand with his girlfriend.

Wray, who has signed a one-year deal at the South Leeds Stadium, says: “I’ve kept fit though. My best mate’s Hunslet prop Harvey Hallas, who is a fitness instructor, and I’ve been working out with him, even though it’s cost me!

“The break has made me hungrier for the sport, and perhaps given me a better perspective on it, and I’m keen to get back into action. I think I was in something like my best form, under head coach Alan Kilshaw, towards the end of the 2021 season and I’m planning to continue in that vein when the new campaign gets underway.”

The former Wakefield Trinity and Keighley Cougars man adds: “I’m also looking forward to working with the younger players. I’m not a veteran by any means but I’ve a good few years under my belt and I’m perhaps at the best age for a player, in my mid-twenties. At the same time as passing on my experience to the young lads, I’m keen to learn from the older ones, not least recent signing Michael Knowles. Next season should be exciting; it was great to reach the play-offs in my last stint here, even though we lost at Doncaster, and I’m aiming to help us improve on that.”

“We are hoping Lewis hits the ground running and starts where he left off at the end of the 2021 season,” says Kilshaw. “His performances were up there with the best front rowers in the league, he’s very dedicated and thorough in his preparation, and he’s always willing to look for areas of his game to improve. I think he will add a new dimension to our pack next year and we are really happy he’s back.”