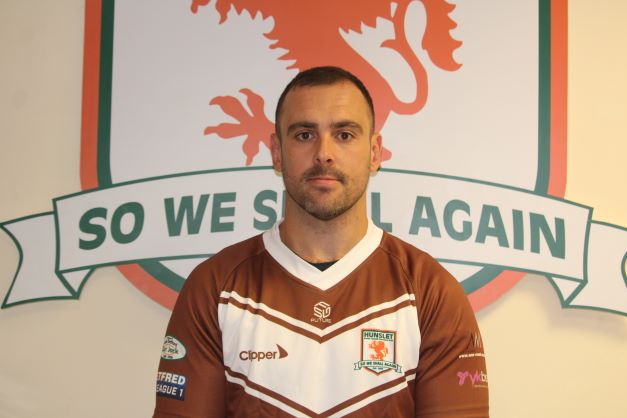 MALTESE international prop Dean Zammit has put pen to paper with Hunslet for a second time – after an injury at work wrecked plans for him to make his debut towards the end of last season.

The 28-year-old was scheduled to turn out for the first time for the Parksiders in the home Betfred League 1 fixture with London Skolars in mid-August. But, as Zammit explains: “Just two days before the match I was at work as a roofer and a bit of steel sliced through my arm, damaging my nerves from my elbow to my finger-tips.

“That finished my season at Hunslet before it began. But I’m now fully recovered and raring to go.”

Zammit, who packs 16 stones into his 6ft 2in frame, hails from Penrith, Australia, and joined Hunslet from Whitehaven. He is enjoying, after having agreed a one-year deal, renewing acquaintance with the re-signed players he met up with in the fortnight before being sidelined – and he is also training alongside the youngsters who have been snapped up by Head Coach Alan Kilshaw.

He said: “I live in Wigan, where my partner has extended family, but my work takes me to Leeds quite often, which makes getting to training easier.

“As `Killer’ says, there’s been a bit of a change in personnel at the South Leeds Stadium. I’m simply looking forward to helping guide the younger lads, on and off the field.”

Kilshaw said of the nine-cap Malta man, who qualified for the Knights through his paternal grandparents and who excelled in the recent European D Championship games against Turkey and Czechia: “Dean was very unfortunate with his work injury last season, which happened as soon as we signed him and he had started to settle.

“I’m happy to give him an opportunity, and his experience will be vital with the younger members of the group.

“He has all the attributes and dedication to go well for us, having played at a high level in Australia and in the Championship.”