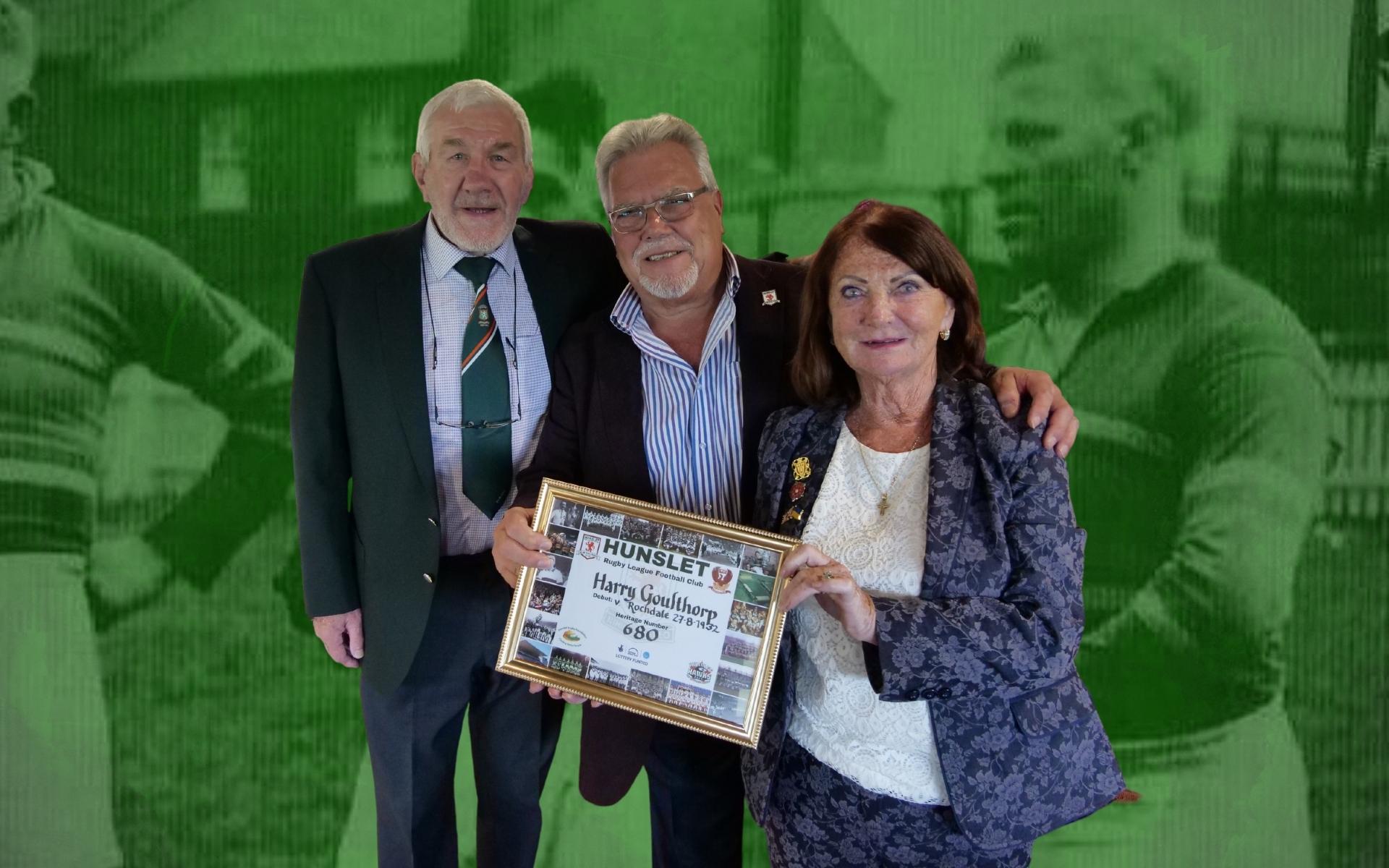 The Club welcomed Mike Goulthorp and his wife Carol to Sunday’s game against North Wales Crusaders. Mike was presented with his father Harry’s heritage certificate.

As featured in the recent South of the River article Harry has the distinction of receiving two Challenge Cup final medals without playing in the final. Mike presented his Dad’s medals to the Club and arrangements are in hand to put them on display.

Mike said “We have had a fantastic day and have been made to feel welcome from the minute we walked in the door. There is a great sense of community around the Club and it was lovely to see a picture of my Dad in the Phoenix Bar.”

Mike, who lives over in Lancashire went on to say “It’s the first time we have visited the stadium but it won’t be the last. Carol and I are taking out the Watson memberships and look forward to getting to a few matches from time to time.The team put in a fantastic performance and we wish Alan and the lads success for the rest of the season”.