Hunslet RLFC travelled across the Pennines to face Oldham today (8 April 2018) and came away with a well won victory beating the Roughyeds 16-24.

This was the first time since the teams met at Headingley in the Championship Grand Final in 2014. Hunslet won that day 16-17 with a drop goal in golden point extra time. The win today was by a wider margin and secured five minutes before the hooter.

The first half was tight with the deadlock finally broken just before half time by Oldham after Joe Sanderson had missed a penalty attempt. Hewitt scored for the Roughyeds with Crook converting. 6-0 the half time score.

Oldham started the second half as they finished the first scoring quickly after the break. Langtree latched on to Crook’s grubber kick to score the try and Crook added the extras.

Hunslet hit back with a move that stretched the Oldham defence on the right before they switched the ball back to the left for Niall Walker to score in the corner. Joe Sanderson converted the try narrowing the lead to 12-6.

The next points went to Oldham who extended their lead to 16-6 on 50 minutes with Hewitt’s second try, but their kick hit the posts.

Captain Duane Straugheir scored the first of 18 unanswered points for Hunslet on 62 minutes when he collected a kick through. Joe Sanderson converted, bringing the score to 16-12. 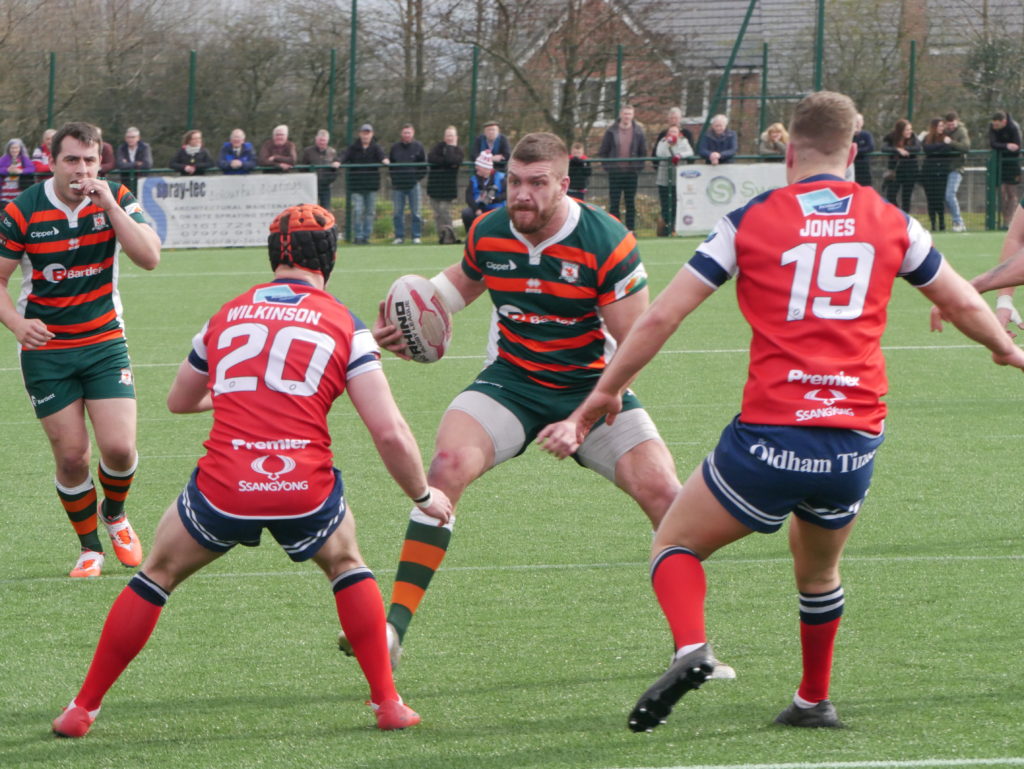 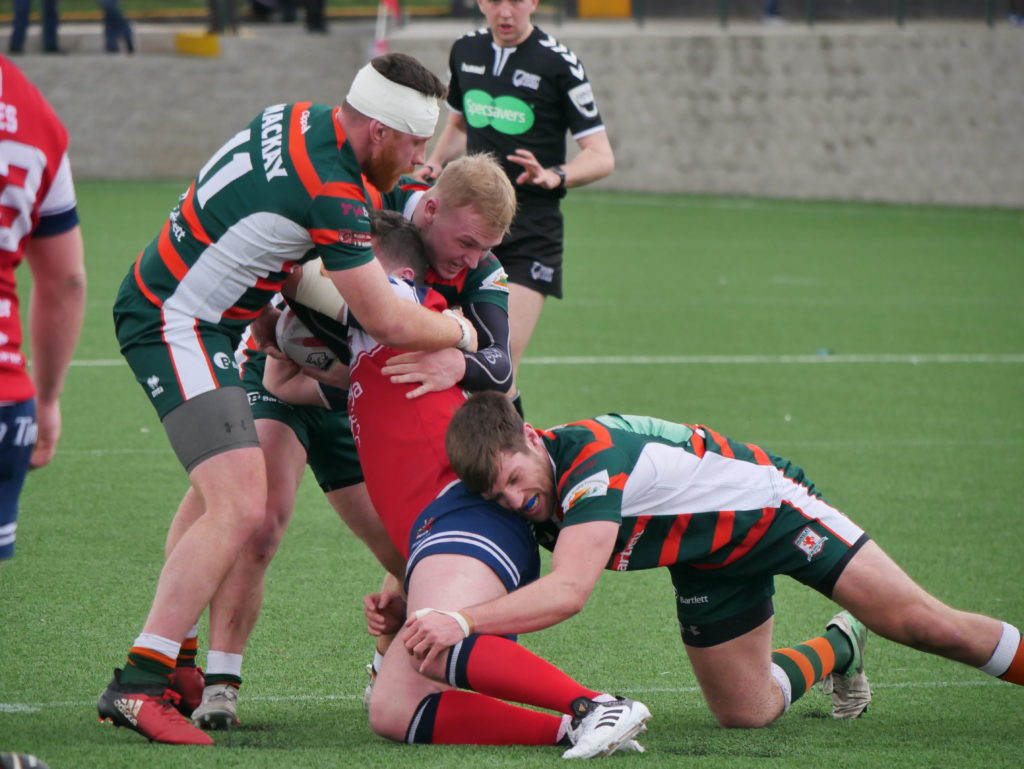 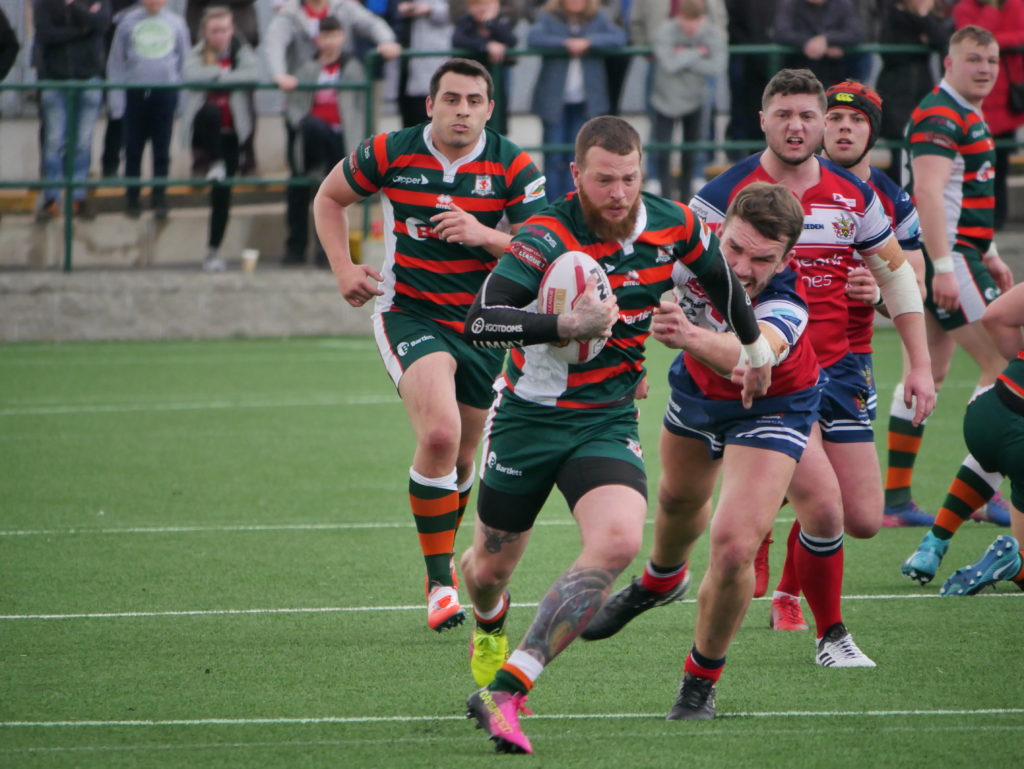 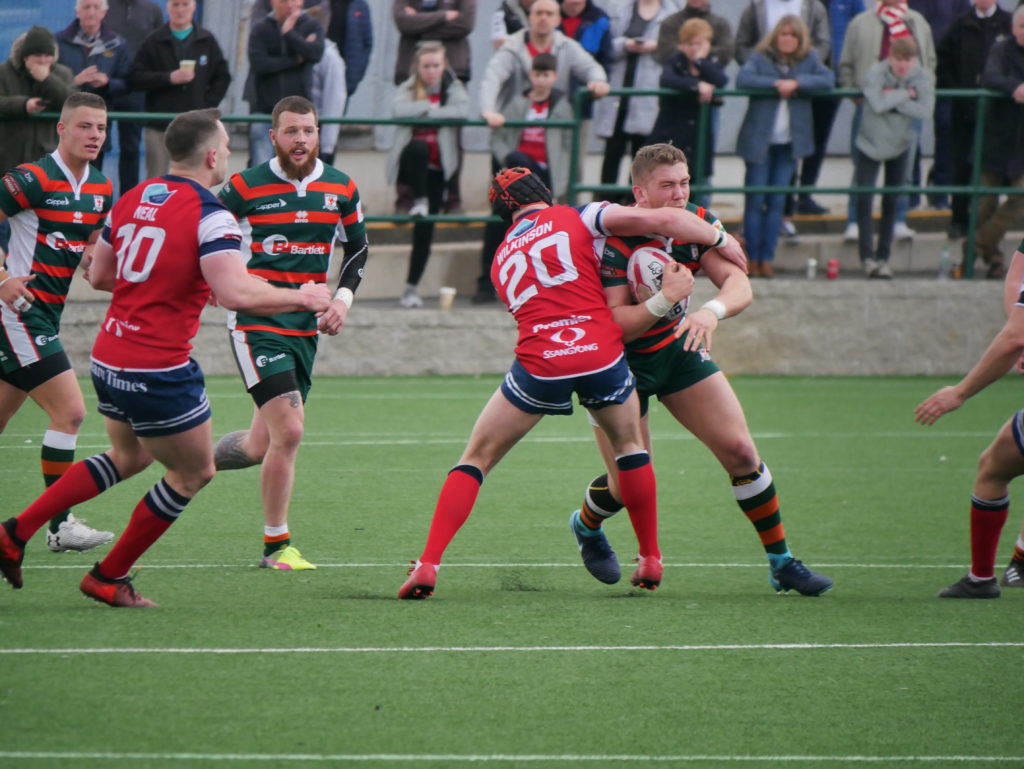