Reece Dean kicked two late penalties to secure a win for Hunslet RLFC as they beat Doncaster in their first League One match of the season this afternoon (24 February 2019).

Hunslet headed into South Yorkshire to the Keepmoat Stadium off a positive pre-season, with wins against a young Leeds Rhinos side and a Bradford Bulls reserve team. Doncaster came into the game having won their first league match against Newcastle Thunder.

Doncaster got off to a flying start scoring after just 4 minutes. Brandon Douglas scored following a successful 40/20 kick. Matty Beharrell kicked the conversion for a 6-0 lead.

Doncaster kept up the pressure tackling Jimmy Watson in goal. From the drop out Connor Bower gathered a loose ball and scored a second try. Beharrell converted again for a 12-0 lead after just 12 minutes.

Half way through the first period Hunslet were given a team warning after a high tackle.

Hunslet got on the score sheet five minutes before the break when Ben Heaton scored and Reece Dean kicked the extras. Four minutes later a long pass from Dean finds Gareth Potts who went over.  Dean couldn’t make the conversion, but after a shaky start, Hunslet had pulled back within two points at half time.

The second half seemed to be following a similar pattern as the Dons scored again as Douglas got a second try. With Beharrell’s conversion they now had an 18-10 lead.

But the Parksiders put up a solid defence to keep Doncaster out and then went to the other end and scored through Adam Robinson. Dean kicked the extras to make the score 18-16 and set up a grandstand finish.

Reece Dean kicked two penalties in two minutes, the second from just inside the Doncaster half, to seal a great win for Hunslet. 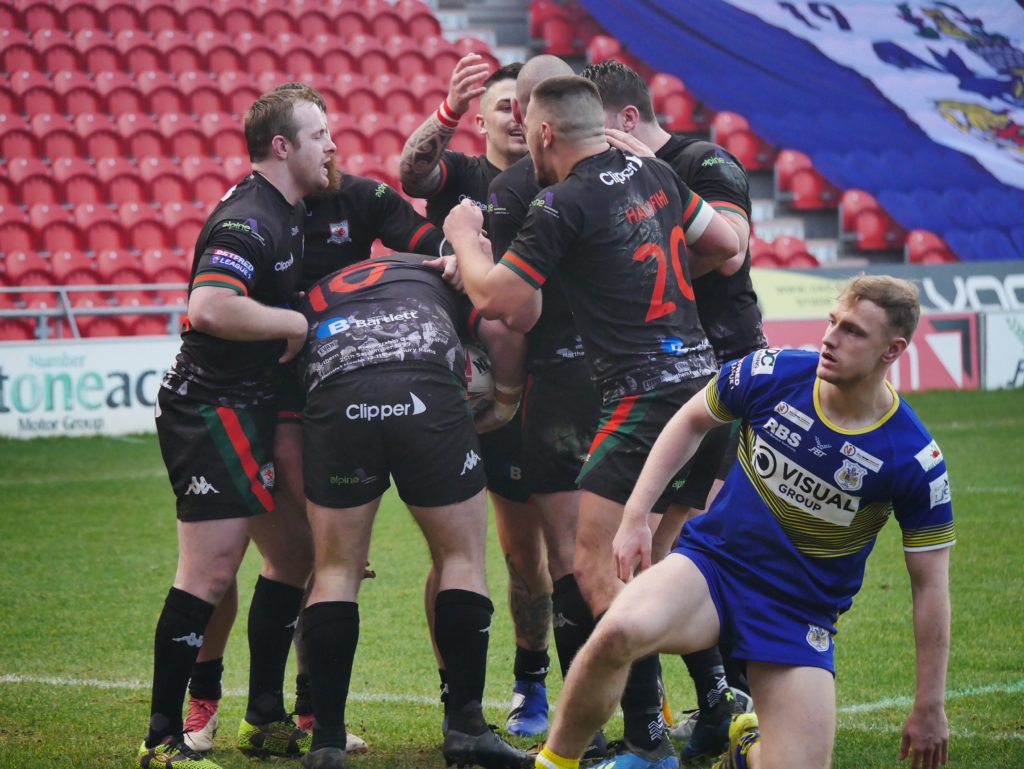