The Yorkshire Cup continued yesterday (12 January 2019) with the Parksiders facing Halifax RLFC from the Championship at the LD Nutrition Stadium in Featherstone.

After last week’s whitewash against Batley Bulldogs, Hunslet Coach Gary Thornton was keen to stress that these preseason games are about getting up to match fitness and building relationships with a largely new squad of players.

Having seen Hunslet Club Parkside upset hosts Featherstone Rovers in the earlier kick off, it looked like South Leeds might make a clean sweep of it, at least up until half time. In the end indiscipline was Hunslet’s biggest weakness as they gave away 13 penalties in the match, final score: Halifax RLFC 32-24 Hunslet RLFC.

Hunslet started brightly with Jimmy Watson scoring after just 6 minutes. Reece Dean converted to give Hunslet a 0-6 lead. Connor McGrath hit back for Halifax but Syme missed his kick.

Hunslet scored again on the half hour as Gareth Potts took a long pass to score. Dean kicked the extras 10-18.

Then just before half time Reece Dean intercepted a pass ten metres out and scored under the posts. Dean converted his own try and Hunslet took a 16-24 lead in at the break.

Harry Kidd scored next for ‘Fax, 14 minutes into the second half, after a lot of pressure and several penalties. Then with ten minutes to play Frazer Morris scored in the corner, Syme missed his kick but Halifax had the lead for first time in the match: 26-24.

Halifax sealed the win three minutes later when Salternstall crossed under the posts. Syme kicked the extras for a final score of 32-24. 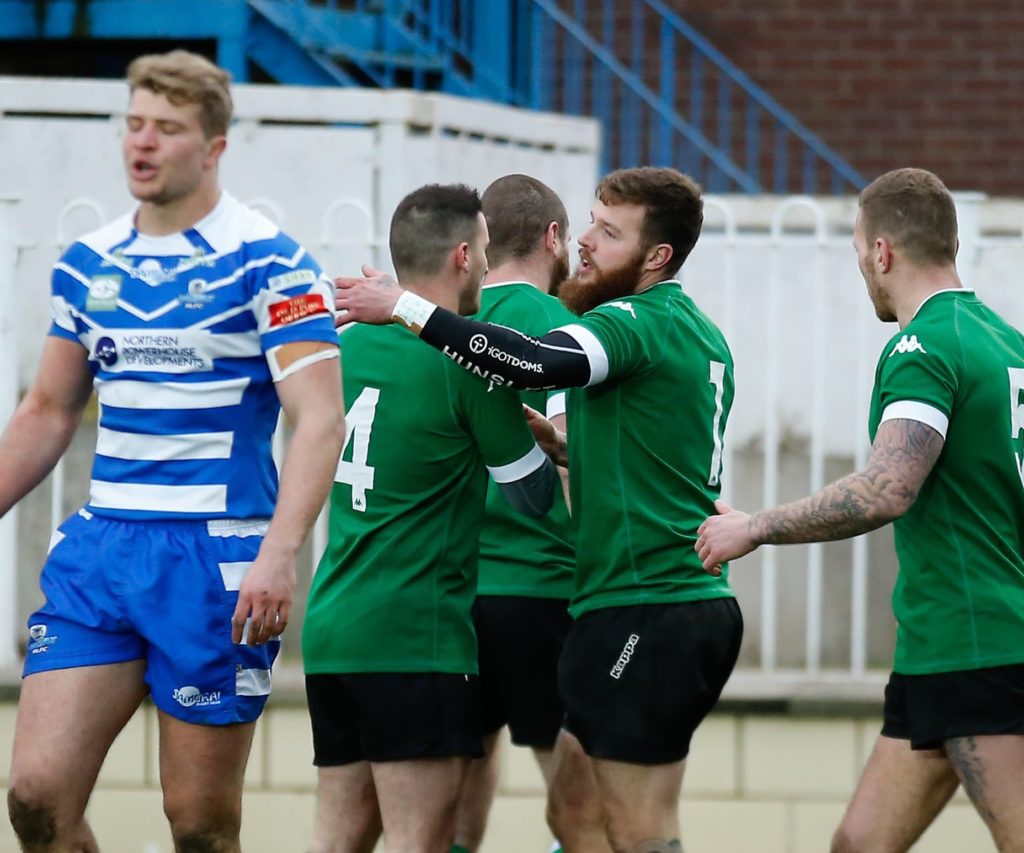