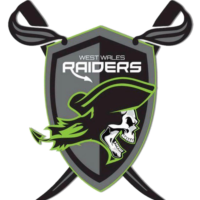 Hunslet made the long trip to Stebonheath Park in Llanelli to open their League One season against West Wales Raiders on St David’s Day.

Raiders opened the scoring early on with David Evans in the corner. Danny Price’s kick was wide, 4-0. The Parksiders replied quickly through Jimmy Watson to even the scores. Dominic Brambani missed the kick on a windy afternoon that made it difficult for kickers, 4-4.

Kiedan Hartley scored Hunslet’s next two tries, both in the corner. Neither were converted. 4-12.

Raiders got back on the scoreboard with a try near the posts from Dafydd Phillips. Danny Price kicked the extras to make it a two point game at 10-12.

Hunslet’s next try came from Jordan Andrade who crossed under the sticks. Dominic Brambani converted. 10-18.

Just before half time Nathan Conroy scored and Brambani kicked the extras to give Hunslet a 10-24 lead at the break.

Kiedan Hartley completed his hat-trick soon after the restart. The Parksiders then took control in the second half as Josh Tonks, Vila Halafihi, Ben Markland and Tom Ashton ran in tries.